About | The Commenting Club
0

Welcome to the About Page! 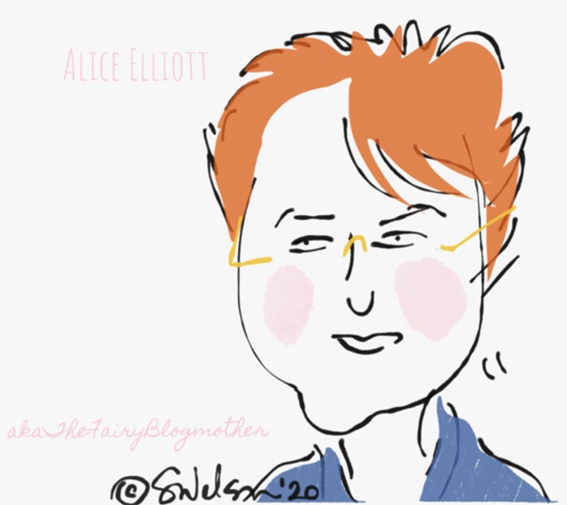 With thanks to Jo Sandelson for this cartoon

Hi, I'm Alice Elliott, also known as The Fairy Blog Mother. I've been associated with blogs and WordPress for almost two decades, and have watched how the blogosphere has developed over those years.

The Fairy Blog Mother came about because back in the dark ages of blogging, there was very little non-technical help for beginner bloggers, like me. I managed to create my first blogs, and having suffered the indignity of struggling to do so, I wanted to spare this similar angst for other would-be bloggers.

However, blogging has now become a lot easier. There are so many ways to create a blog, all developed for different types of bloggers, the technical part has not become so much of an issue.

So now I am focusing on blog commenting.

Back in 2014 I started to notice a decline in blog commenting because of a rise in spam. This increase in spam made moderating comments more difficult, because it swamped proper comments and became a nuisance to delete it all.

So the most successful bloggers, who were suffering the most from this, decided to close their commenting systems to focus engage more on social media. And blog commenting went out of fashion.

However, these bloggers began to realise the error of their ways and turned their comments back on. They realised social media engagement was divorced from their blog posts, and their readership numbers were declining. They had lost their sense of community because conversations were happening elsewhere.

But this period of non-commenting time meant people had forgotten how to comment on blogs. They had adjusted to social media commenting, which wasn't the same. Also the benefits of blog commenting were being neglected because it wasn't being done correctly.

So for the past six years I have been researching into blog commenting. I started to write a book and created a Commenting Challenge, but now I have set up The Commenting Club because commenting is a community pursuit. It can happen best if people work together to bring back blog commenting again.

So if you're interested in reviving blog commenting and gaining from what it can provide for you, join The Commenting Club. We would be very happy to welcome you!

Check out my latest course