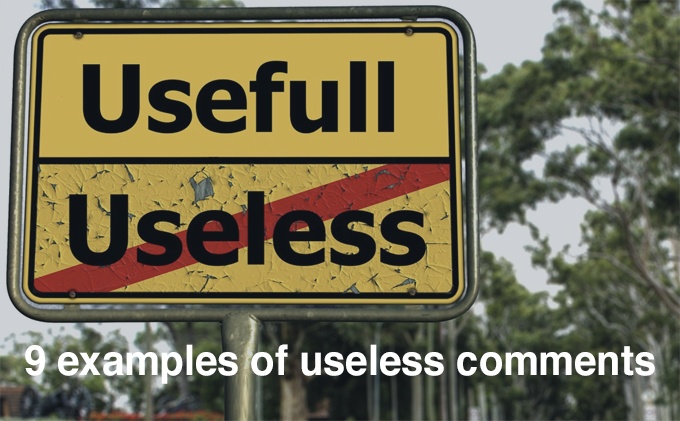 Almost every day I receive what I deem are useless comments on my blog.

So what are useless comments? Well, these are comments which provide no value whatsoever to you or your blog. They are just noise generated by the reader to get them noticed by you.

Ok, it's nice that they bothered, and if you published them, this would certainly show you have successfully generated an audience. But are these the right kind of comments you want associated with your blog?

It's very nice to get appreciation for your work. And many of these commenters are trying to portray this. And certainly by being gracious they think they have a much better chance of getting their comment published. 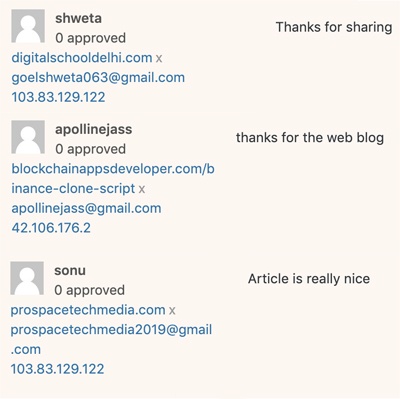 But apart from the gratitude, what else have you gained? Not much. They haven't described what they are thankful for, why your post is really nice, or what prompted them to leave a comment in the first place.

These extremely short comments, usually way below 5 words, will hardly gain any traction from both you or your other readers/commenters. Sometimes people like reading the comments, especially if these provide more information not delivered by the post. A couple of well-meaning words just won't cut it.

And on social media, comments less than 4 words are often disregarded by the algorithms, resulting in very limited reach in front of more interested readers, and potential commenters. This may be OK for real-time commenting, but not for a blog, I'm afraid.

At these these commenters have made a bit more effort. But they continue to be useless comments as there is still something lacking.

What is it? Oh yes, substance. These are just extensions of the comments above. They aren't exactly saying anything useful. I'm not gaining anything from these. 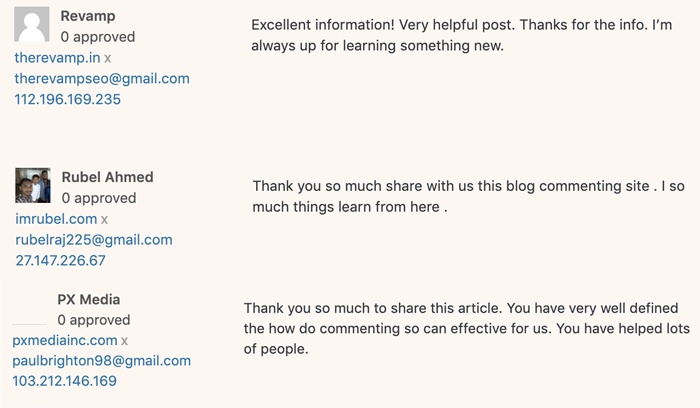 The first one says he has learned something new. What new thing? I, as the author, would love to know. It is important to get suitable feedback to know you are on the right track to impress your readers. Which may in turn transform them into commenters if you are successful in giving them what they want.

What did the second commenter learn from my post? How much effort is it to quickly outline what element made such an impression on him, it compelled him to leave a comment telling me about it?

And thank you, third commenter, but it seems the information I have tried to impart on you hasn't rubbed off. I have put a lot of effort into my 'well defined' blog and I definitely want to help lots of people, but having highlighted this in your comment, you fail to tell me exactly what!

You may think I'm being picky here, and should be grateful for any comment which comes my way. But on a blog about commenting, you'd think what I preach would be at least absorbed and more effort put in by those who read it.

Make a bit more of an effort useless comments

Although these are starting to look like more substantial comments, they still fall short. This is because of the lack of value they fail to provide. 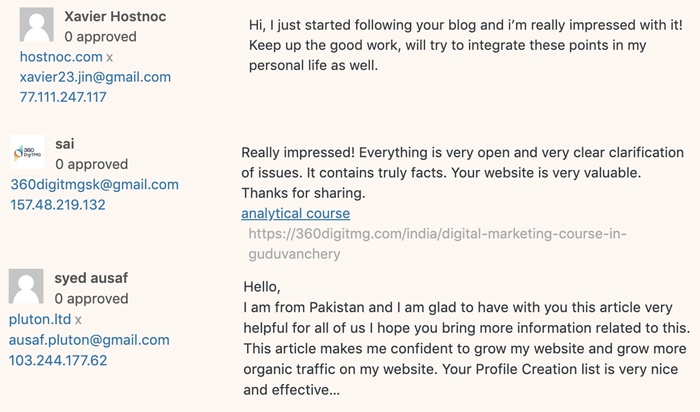 The first commenter was quick to broadcast his appreciation and how much he had been impressed. But he didn't say which points he would integrate into his personal life, and why, and what effect he was hoping for. Maybe these are things people wouldn't normally think of when writing a comment, which is why they need to know how to write a good comment.

Many people comment to get their URL published. This is certainly a method of obtaining links back to your blog. And many readers like the second commenter here try their luck in this way, even if they attempt to present it unobtrusively as in this example. Unfortunately this can be construed as spamming, even if you do manage to by-pass the moderators.

At least the third commenter attempted some sort of greeting and said where he came from. This makes him more interesting than the other anonymous commenters. It's a pity he doesn't have a gravatar to show he is a real person. He did mention what effect my post will have on his website; it is gratifying to know someone will benefit from what I have said.

Not only do you acknowledge the post's subject, and the good impression it had made on you, you need to add some value. Think why you wanted to comment on this post. What did you learn? Which point had the most impact? What will you do with this new information you have just garnered?

Have you anything to add? What can you dredge from your own experiences or knowledge bank which would enhance the subject? Especially if this would help other readers as well as the author of the post, who would be most grateful for you continuing the conversation.

Do you agree with everything mentioned in the post? Have you another opinion you could add to the discussion? Everyone is entitled to their point of view, so adding this into the comments, tactfully without undermining the author, would certainly contribute towards the interest factor.

If there is something you didn't understand, why not ask for clarification? The post's author will only be good glad to answer your questions, especially if they can solve your problems or this stimulates them into writing another post on this subject at a later date.

Are you ready to transform your commenting?

The next time you read a good post, think what value you can add to it to make sure it doesn't become a useless comment. Sure, it's a good thing to let the author know what you thought of it, but what extra could you say which would guarantee an answer?

Avoid falling into the trap of delivering a one-liner, being over appreciative, seizing the opportunity to promote your business, or actually saying nothing. You don't want to come across as lazy, too smarmy, taking advantage or disinterestedly writing 'yet another comment'.

Commenting is about communicating with anyone who reads your response: author, readers and commenters. What you publish on this blog represents you, so create the best impression you can, make people sit up and notice you, deliver something extra which hasn't been mentioned before, and encourage others to comment in return.

Show me in the comments below your very best contribution. If it manages to 'speak' to me, I will let you know. If you want a full critique, just ask. We can certainly learn through feedback from all concerned.